European level hotels in the city center cost from 60 USD per night.

There is a hotel chain Lancaster , for example, where is the delivery from airport to hotel included in the price.

In case of your late arrival in the city at a special counter at the airport, you will be met and comfortably taken to the hotel.  In the expensive hotels there is a delivery service to the private beach, the mini bus usually runs 2-3 times a day and only in a season that ends in October despite the heat outside.

In the photo there is a five star hotel where we were moved due to the lack of places in our hotel of the same system. During late check in is not a rare practice in Beirut.

You can view prices, book accommodations and read about the pros and cons of various hotel search engines in my review of hotel and apartment reservation systems

You can view prices, book accommodations and read about the pros and cons of various hotel search engines in my review of hotel and apartment reservation systems

What to see in Lebanon in Beirut

Along the embankment of Beirut there are approaches to the sea, where you can swim absolutely free, one of these places in the photo (coordinates 33.9028,35.4801)

Free entry to the sea

Place of the old market

Nijmeh Square is the tourist center of Beirut. There in the open air there is an ancient excavation (with coordinates 33.8967,35.5027), a mosque, many cafes. Information desks for tourists with a map of the area will show where you are now, sights, toilets, bus stops and squares with parks. 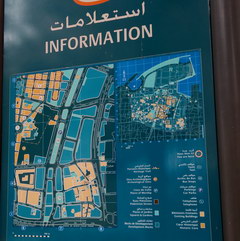 The exchange rate in the country is fixed: 1500 LBP to 1 US dollar , dollars are also accepted for payment.

When buying food or goods in dollars, change can be given to you by Lebanese pounds. Do not be surprised - this is a common practice.

exchange office in the waterfront area

ATM at the airport